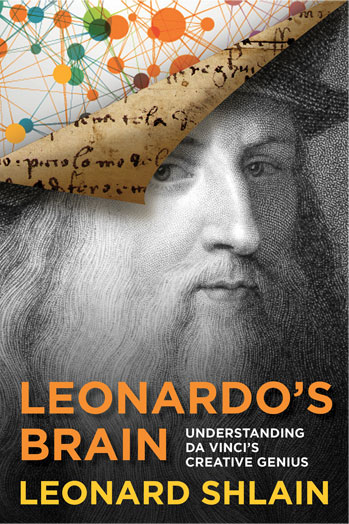 Leonard Shlain was a best-selling author, inventor and surgeon. Admired among artists, scientists, philosophers, anthropologists and educators, Shlain authored three best-selling books: Art & Physics, Alphabet vs. The Goddess and Sex, Time, and Power. He delivered stunning visual presentations based upon his books in venues around the world including Harvard, The New York Museum of Modern Art, CERN, Los Alamos, The Florence Academy of Art and the European Council of Ministers. His fans include Al Gore, Norman Lear and singer Bjork. Shlain died in May 2009 at the age of 71 from brain cancer shortly after the completion of this book.

His legacy continues with his children who helped bring this book to publication: Kimberly Brooks, artist, Jordan Shlain, M.D./ founder of PrivateMedical.org and Tiffany Shlain, filmmaker, director of the Sundance documentary, Connected, which included the ideas in Leonardo’s Brain, as well as Leonard Shlain’s last year.

In the months before September 6th, 2008, I noticed that I was having trouble buttoning my sleeves with my right hand more than my left, even though I am right-handed. When I came down for breakfast that morning, I could barely speak. My alarmed wife, Ina, called my son, Jordan, a doctor, who scheduled an emergency MRI. I emerged to find my friend Brian Anderson, a neurosurgeon, at my bedside who told me in a serious voice that I would need emergency brain surgery in two hours.

The brain tumor was large and malignant. Even though I knew that the tremendous difficulty I was having speaking and moving my right side was as a result of brain swelling secondary to the surgery, at the time I was not so sure I would recover! Thankfully, I did.

The reason I am telling you, dear reader, of this development is to let you know that I am determined to finish this book. Tiffany Shlain, my youngest daughter, who lives near me, has assured me that she will be there for any help I need. Most of it is written and the last few chapters are in my head. I had planned to make this book as accurate as possible and meticulously go over every fact and date to ensure that there are no errors. Alas, there is not enough time left for me to guarantee that. So I ask your tolerance if the book slips on a detail or a footnote is missing.

I have poured myself into this book by reading and synthesizing an enormous amount of background information about Leonardo and the evolutionary development of the brain. In this book I aim to present original theories that weave together the different aspects of Leonardo’s life and brain that have not yet been considered by previous scholars from psychology, art history, and science.

In doing so, I hope to stimulate new thinking about Leonardo and humankind alike.

NOTE TO READER  (FROM HIS CHILDREN)

On September 6, 2008, our father entered emergency surgery and was diagnosed with stage 4 brain cancer and given 9 months to live. The prospect of losing our father, a simultaneously larger than life and loving and fully present figure, took our breath away. Up until that fateful day, he had been diligently finishing this book he had worked on for seven years, Leonardo’s Brain.

His days were spent eating meals together, searching for silver brain-cancer bullets, shuttling between radiation and daily blood transfusions and writing this book. So whether we were reading or talking about his book or the tumor we were trying to shrink in his head, we were always talking about Leonardo’s Brain in one form or another. These days were especially high definition. He reached out to people who he hadn’t seen in years and they would pick him up at home, they would have a fabulous lunch with a glass of wine and reconnect and then would sit in the blood transfusion chair at the hospital and then go home and get back to writing. He was trying to download all his ideas and knowledge before it was too late. He finished the book on Monday May 3, 2009. It was akin to watching a long distance runner cross the finish line. Even on Thursday, May 6th we spent the evening selecting quotes from a large list of favorites he kept in a document and placing three atop every chapter, like putting dew drops on the leaves of a Japanese tea ceremony orchid.

On Friday, May 7, Ina, his wife and our stepmother, called all three siblings and his two best friends to his bedside. She said he had something he wanted to tell all of us. We gathered around him but this time he couldn’t speak. Still we could see the thoughts dancing in his eyes. He looked frustrated at not being able to find words, but then he started to look amazed. He kept saying “Wow.” Then he started to slip away. He died Monday, May 11th at 5:40 am. Leonardo’s Brain is not only one of his grand intellectual journeys akin to his books Art & Physics, The Alphabet vs The Goddess and Sex, Time and Power, but it also kept him alive. He loved more than anything to share. As his children, we are honored to share this book with you.